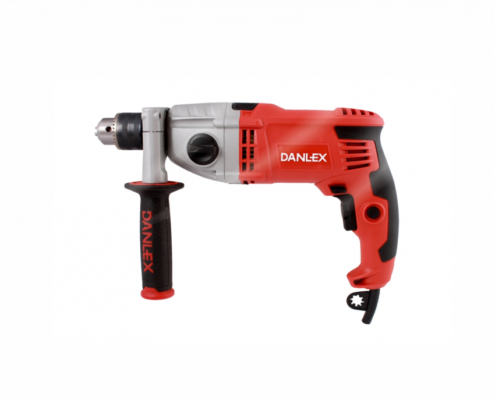 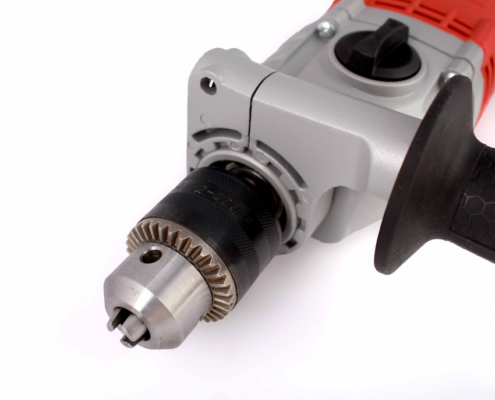 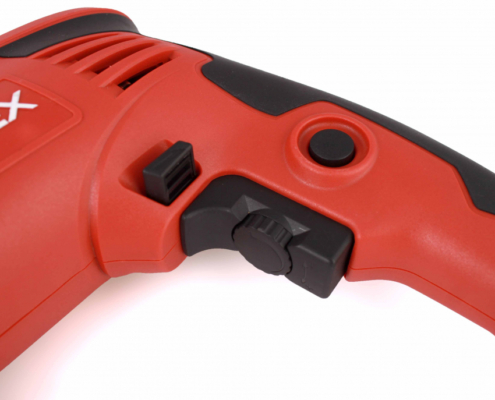 Gearbox is another feature of the impact drill 13mm 1050W and it is equipped with anti-wear gears. This keyed impact drill has a dimmer switch which controls the speed and it can increase or reduce the speed of drill bits. This electric drill includes a lock- on system to help the user do consecutive drilling operations with maximum rotation. A high-quality grease is used in the structure of dust-proof ball bearings.

Impact drill bits up to 13 mm in size can be attached to the keyed chuck system. The cooling system in this power drill cools the entire motor part evenly and reduces the internal temperature of the motor which leads to increasing the lifetime. A strong BMC box is used to facilitate the moving of this impact drill so the user can carry his/her equipment easily.

The 2.5 meters cable conforms to the German VDE standard. Overall, this keyed electric tool is suitable for industrial use and at the same time, it can be used as a corded stirrer and a variety of hole saws for metal and wood can be put into it.

The following descriptions give you a brief survey of DX-1111.

The beating heart of a corded drill is the motor and it must be of the best quality to extend the lifetime of a device. The motor of this keyed impact drill consists of a 1050 W armature and stator. Thick copper wires are used in the armature and the stator’s structure. These components of  the impact drill 13mm conform to the European CE standards.

The armature collector part of the impact drill 13mm 1050W is very thick which reduces the corrosion and thus it increases the lifetime of the armature. Polyester and resin are used on the components and these materials have created a protective layer on the drill. This layer protects the armature wire and stator from possible damage of outer particles such as gravel. Furthermore, this feature prevents the temperature rising in the motor and its transfer to other parts of the motor.

One of the main components in power tools, especially in electric drills is brush. The soft brush used in impact drill 13mm is of graphitec type which leads to the slightest pressure on the armature and can have a better performance.

The cooling system of this device includes a uniform air circulation system. This system consists of rotors and air valves which cool the motor by circulating the rotor and passing the outer air through the upper and lower parts. This results in increasing the lifetime of the device.

The gearbox of impact drill 13mm consists of several drills which together form a gearbox. The gears used in the gearbox of this impact drill are made of the best quality and pure alloy which increase the work efficiency.

Also, this impact drill can be used as a stirrer. The user can insert the stirrer into the chuck and then set the device on second mode.

The calcium-sulfonate based grease used in the impact drill 13mm contributes to the long life of mechanical parts. It can be put on the mechanical parts for a long time and don’t disappear.

Granite, wood, and metal drill bits, from 1.5 to 13 mm, can be put into the keyed chuck system used in impact drill 13mm. The structure of this keyed chuck system consists of anti-wear shots (pellet) and ball bearings and it will not have problems in long-time.

The power tool box includes: an auxiliary handle with an antiperspirant cover, a depth gauge ruler, a pair of spare brushes, and a keyed chuck wrench. It has a shock-resistant BMC bag, and the user can easily carry their tools in the workplace.